How can the right wing achieve a victory that will last a generation? 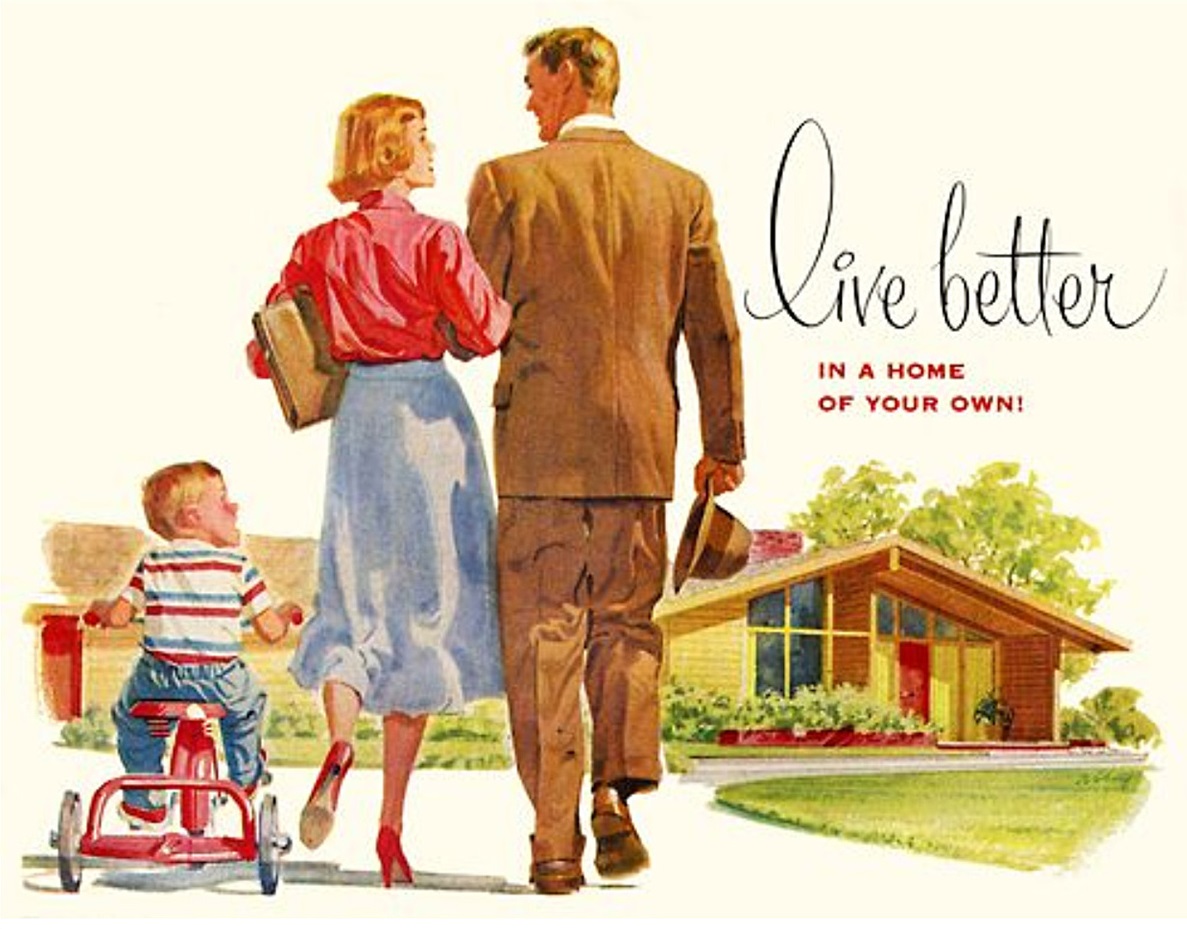 We predict that the right wing will try to provoke federal gun confiscation by engaging in a series of attacks on federal judges and perhaps other tyrannical members of the ruling class. The goal of provoking gun confiscation would be to inspire a red state to secede from the USA to avoid the gun confiscation. After a red state secedes, more and more other red states would choose to join the red states rather than remain in the USA. Let’s call this the red-state secession plan (RSS). It is explained more completely here: https://redstatesecession.org/the-right-is-recognizing-that-when-ballots-dont-count-anymore-only-bullets-are-left

Secession achieves victory. It is one step in a series of steps that could lead to sustaining the victory. It is the step that puts state power back into the hands of the right wing. This is the step that makes possible any of your ideas about how to improve our society.  Most of your ideas won’t work in a country like the US, where Barack Obama won 9 million more votes than his opponent. State power can be used to dislodge Leftist control of other institutions of power in a society. Those institutions are listed here: https://redstatesecession.org/list-of-institutions-controlled-by-the-left/

After the red states secede and form a federation, there would be a strong desire to prevent the new federation from suffering from the same leftward drift that the US suffered.  Deciding how to achieve this should be up to each state. The options available would no longer be limited by US federal judges. Each state might consider options such as:

How does the red-state secession plan contrast with the current Propertarian plan for achieving right-wing victory?

The Propertarian constitution takes an extreme approach to demographics in an effort to maintain victory for many generations.  We doubt that our generation or following generations would be willing to stick with these demographic opinions in the long term, because even with the benefit of hindsight, they are not likely to be as based as our ancestors were, who eventually allowed the privilege of voting to immigrants, non-whites, women, etc.  The Propertarian plan can afford to be extreme because it tries to achieve the goals of a single small faction: the Propertarians who support the Propertarian constitution.

Both groups would be satisfied to simply achieve a separation.  But their ideas on how the separation is achieved are different.  The Propertarians propose to force the government to accept a separation and the enactment of their constitution by using the threat of cutting off land routes and utilities to cities.

This method chosen by the Propertarian leadership, if faithfully carried out by a force that managed to avoid capture, would produce either mass death or capitulation to their terrorism.  If their plan achieved capitulation, it is unlikely that the Propertarians have broad-enough support among the populace to maintain control of governance in the following months.  To be fair, Propertarians hope to gain broad support for their plan, so that it would be supported.  Even if the government announces that it will accept the Propertarian constitution, how will Propertarians force the millions of gun owners to obey them rather than some other right-wing group with some other constitution more acceptable to the average gun owner? Constitutions can be written hastily.

It’s unclear whether the balance of forces in a post-capitulation continent would even favor a separation at that time. As of 2018, a third of US residents are in favor, and no one has polled specifically gun owners or organized groups of gun owners.  A poll of active military personnel showed that most are in favor.

What should we do about the fact that red states/counties control the land routes to major cities?  If a governor got into a power struggle with the federal government while trying to achieve and maintain independence, embargoes would be an acceptable form of retaliation.   The governor represents the whole of the people of his state.

Warranty: neither we nor the Propertarians can promise that their or our plan to achieve a separation will be enacted or that it will work.  Both groups are rightly confident that separation between red states (counties) and blue states (counties) would improve the chances of maintaining liberty and traditional values.

Personally, we greatly respect the Propertarians for facing the depth of the problem and selflessly volunteering an actionable plan to fix it, at personal risk to themselves. Curt Doolittle’s work on law and the judiciary deserve consideration and we hope that a state would try them.  We believe it would be counter-productive for less-extreme people to reflexively cut off association with more-extreme people, because the pool of people who are working to catalyze secession is a very small pool.  The wickedness and power of the Left has left us with very few options for defending the common good, and none of the realistic options feel good.  One of our essays discussing the morality of violence from a Biblical point of view is here: https://redstatesecession.org/god-chooses-men-to-kill-wicked-government-leaders-a-bible-study/

Why not work for a restoration of “federalism” (states’ rights)?

Federalism works great in a federation where the following list of circumstances are found: people are accustomed to, and willing to restrain their own voting, such that the rights of states are respected, and states can enforce their claims in power struggles against the feds by withholding taxes, mobilizing their state militia and/or state army, or seceding.  The US is no longer that kind of country. Therefore working for federalism is a waste of time. Unfortunately, only the secession of a state would be sufficient to prove that US states can secede.  After secession, a federation of red states could manage to respect states’ rights.

Why not work for a Convention of States?

A Convention of States has almost no value in achieving right-wing victory because after a 2/3 vote in the convention to circulate an amendment among the states for ratification, a mere ¼ of the states (13 states) is adequate to stymie ratification. 40% of US states (20 states) voted for Hillary in 2016.  Any idea that would defeat the Left would not be approved by Leftist states.

Why not work for a return to the Articles of Confederation?

Another possibility would be changing the sociopolitical environment enough to convince every state to re-ratify the Articles of Confederation. In the late 1780’s and early 1790’s, states seceded from the union created by the Articles of Confederation to create a new union created by the Constitution.  If less than 50 states un-ratify the Constitution and choose to unite under the Articles, that would be called secession from the current union.  For the history of this, see https://redstatesecession.org/the-us-constitution-is-a-secession-document/

Why not use civil war to keep the US whole and conservative?

We discuss the problems of trying to deport or eliminate millions of US-citizen Democrats here: https://redstatesecession.org/the-right-is-recognizing-that-when-ballots-dont-count-anymore-only-bullets-are-left That document also has much more information about the red-state secession plan and criticisms of the other plans.

Why not put our time into trying to win federal elections in the USA?

Published thinkers on the Right are generally focused on winning federal elections which will soon be unwinnable.  We show why they will be unwinnable here: https://redstatesecession.org/why-we-favor-peacefully-splitting-the-usa-parts-1-and-2/

And here: https://redstatesecession.org/why-we-favor-peacefully-splitting-the-usa-part-3/  After writing those scripts in 2018, Democrats won the US House of Representatives, and minority groups voted for Democrats at the same rates they always have. Blexit was a failure in November 2018.

We wanted to contrast our plan with other plans for obtaining and maintaining right-wing dominance, but no others came to mind.  We hope you see that the only option is secession. And to achieve secession, the right wing should be engaging in provocations to change the sociopolitical environment enough to convince one state to secede, or a group of states to secede together.  Please read https://redstatesecession.org/the-primary-enemies-of-our-civilization-are-activist-federal-judges-2/

Update: Reply from Propertarian leader John Mark:
Excellent. The only material differences between this and the Propertarian solution/recommendations (as you clearly outline) are:

1. Depth of insight & detail regarding legal & system/rules solutions/changes. (Prop is very strong in this area, far stronger than anything else anyone on the grassroots Right has produced.)

2. Primary stategy to seek implementation. (4G warfare & military implementation to restore order, vs state-by-state secession). I don’t think Curt or most Propertarians would say options are limited only to one of these. I also know Curt recommends starting with offering peaceful separation and escalating depending on resistance. Personally I think pursuing and advancing all possible avenues is useful.

3. Harshness of demographic solution. This is the most challenging issue because it’s the most important and simultaneously the most controversial (politically incorrect). The more “soft” we are, the greater risk we pass on to our descendants – and at the same time, the more harsh we are, the more resistance we may face from the broader grassroots right many of whom are still somewhat politically correct victims of the left’s “every group is equal” propaganda campaign. Bottom line, an alliance of red states/areas is going to have to choose a point on the harshness spectrum to enforce, or each red state/area will have to do it for themselves. The propertarian strategy, as an intellectually-driven movement designed to produce work and a solution that can last a thousand years, is to clearly explain the instinctive strategies of groups that are (great majority) our enemies, and to err more on the side of harshness and see if we can make it happen. If we have to “back off” a bit to get the necessary support, we can. But if western civ wants to solve its problem as permanently as possible, harsher is better.

Thank you for your work & putting great thought into these issues & solutions.

One thought on “How can the right wing achieve a victory that will last a generation?”